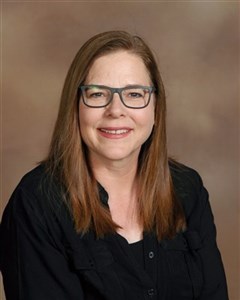 Melgreen, in her 34th year of ministry has served Douglas Avenue UMC for the past 14 years, was nominated by the Rev. Margaret Ann Jessup, the associate pastor at Douglas Avenue.

“Julia evangelizes wherever she goes – restaurants, grocery stores, Fit Club and gas stations,” Jessup wrote. “She is always inviting people to church and is sharing her love for God.”

Averaging 165 persons in worship each week, Douglas Avenue has developed a heart for mission and a passion to grow and love God more. Under her leadership, the church received the Church Growth Award in 2016 and again, in 2108. In 2016, Melgreen taught a confirmation class of 18 youth – many who had little or no parental support or Christian guidance at home.

“Most of these young people found acceptance at church that they didn’t find elsewhere and now know God’s love,” Jessup said. “It was Julia’s presence and her desire to bring people into God’s love that made this happen.”

Melgreen encourages young families to be a part of the Douglas Avenue community of faith. “She assures all young families feel comfortable (regardless of noises, disabilities and occasional chaos),” Jessup said. “Douglas Avenue UMC’s attendance has grown despite being in a small neighborhood with little drive-by traffic,” Jessup said. “On many Sundays, there are as many children, youth and young people as there are older adults.”

During the last five years, Melgreen has encouraged the launch of two successful non-profit ministries – Compass for Kids and Wooden It Be Lovely.

Compass for Kids is an academic and mentoring program for homeless and at-risk children, has grown and moved out of the church. The ministry is now serving hundreds of children at eight different schools in Springfield.

“I felt called to start Compass and Julia was an encouragement and worked in the background,” said Molly Behrendt, Compass executive director. “I am so grateful to her for mentoring me, for believing in me and supporting me. She changed my life and now thousands of kids in Springfield have been impacted.”

Now in its third year, Wooden It Be Lovely works alongside impoverished mothers that need healing and love. The ministry refurbishes and repurposes furniture and the sales of the completed furniture along with donations funds the ministry. 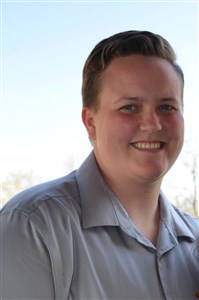 Jess Howell, an active member of Charleston Wesley UMC, works in the nursery and helps with other children and youth ministries. She has been active at Little Grassy, East Bay and the former Jensen Woods Camp, serving on staff for several years. She was Little Grassy’s summer director last year.

A native of Edwardsville, Howell as active at Edwardsville St. John UMC through high school until she attended Eastern Illinois University where she is active in the Wesley Foundation campus ministry.

“These leadership skills have carried over to her work at camp, at the Wesley Foundation and in her career as a teacher for children with special needs,” said the Rev. Betzy Elifrits Warren, director of the EIU Wesley Foundation.

“Jess has a commitment to The United Methodist Church that I have rarely seen in a young adult,” said the Rev. Katie Gholson, chaplain at the VA St. Louis Health Care System and former staff member at Edwardsville St. Johns UMC. “Jess has depended on the church to be a stable environment for her as her family life has not been as stable. Not everyone in her family shares her view of Christianity, but she has been an example to her family of God’s unconditional love and Christ’s reconciliation.”

Whether at camp or in the church, Howell has been influential in many children’s lives, helping them how to share what they believe and helps give them voice to be outspoken disciples of Jesus Christ.

“As a parent of a children who has been in Jess’s care, I know first-hand the difference it has made to have someone in the church nursery who teaches the children,” Warren said. “She gets on their level and knows how to help them pray in ways that are age-appropriate, and who shows them God’s love and grace through her words and actions. My son knows what he does of Christ in large part because he has spent time with jess in the nursery at church.”

About the Denman Award

The Denman Evangelism Award is named for the late Dr. Harry Denman,distinguished lay evangelist, who the late Dr. Billy Graham called “my mentor in evangelism.” The award is made possible by the Foundation for Evangelism, which was founded in 1949 by Dr. Denman, who felt it was the business of every Christian to be an evangelist. Today, annual conferences honor persons who carry out the spirit of Harry Denman.

The Denman Award honors an IGRC United Methodist lay, youth and clergy person who exhibits unusual and outstanding efforts for work in Christian evangelism by faithfully carrying out the mission of “making disciples of Jesus Christ.”