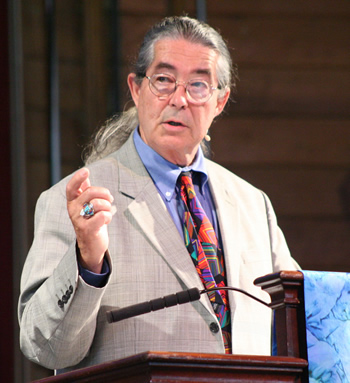 What are we to make of stones in this age of human beings who seem to live so distant from the earth? It was clear that the early people of the Old Testament were familiar with the images of stones and even talked about their power. And then, in the New Testament, we find even more powerful statements about stones spoken by people who lived hundreds of years later. And even Jesus, it is clear, had a working understanding of stones. I don't think we are talking about magic stones or special stones. We are just talking about every day stones found everywhere.

The First Things of Creation

It's difficult to grasp these teachings because of our modern lifestyles distracting us from the original teachings as we get caught up in consumerism and computers and scientific technology and making money to live. And some would even question us if we seem to have an unusual interest in stones as symbols of meaning or representing stories and truth that could not be learned in any other way.

The scriptures seem to be telling us that ancient wisdom about stones is not unusual and doesn't seem to change from generation to generation. After all, "God is able from these stones to raise up children to Abraham." Even Jesus knew about them when he was met with resistance to his disciples' teaching and said, "I tell you, if they were silent, the stones would shout out." And in the I Peter reference, Jesus was considered a living stone and we -- through the scripture -- are challenged to become living stones allowing ourselves to be built into spiritual houses, a holy priesthood.

Rev. Dr. Thom White Wolf Fassett is a member of the Seneca tribe and is a retired elder of the Upper New York Conference of The United Methodist Church. This devotional is an excerpt from his book, On This Spirit Walk. Dr. Fassett will be one of two keynote speakers at the 2015 Illinois Great Rivers Annual Conference in Peoria.