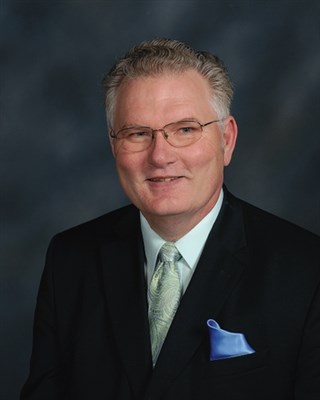 I will admit that I was quite cynical when the leadership of the conference began emphasizing the importance of clergy covenant groups. I thought that this was just another attempt at forced collegiality. I feared that we would be randomly assigned to a covenant group and required to meet with each other.

So, I drug my feet. I resisted actively and passively. I was vocal. I was not, under any circumstance going to meet with a group of pastors and be held accountable.

That stemmed directly from my serious misunderstanding of accountability. In my mind accountability was a fancy way of saying “we’re going to tell you everything you are not doing that you should be doing. I was already a well-established travel agent for pastoral guilt trips and that I did not need anybody moving in on my business.

God has a wonderful way of smoothing out my right angles and softening my hard edges. It was through the work of the Holy Spirit and some difficult times in the church that I began to reconsider covenant groups. I began to feel isolated and lonely and those feelings are deterrents to effective ministry. I was finally able to admit to myself I didn’t have all the answers, didn’t always know what was best.

So I picked up the phone and began to make a couple of calls to colleagues that I thought I could be in a covenant group with. I arranged for us to meet at a local restaurant and discuss the possibility of meeting together for support,

That was the origins of my first covenant group. We met every Wednesday morning. Attendance was expected even if that meant schedules had to be rearranged.

We mutually decided to let the Three Simple Rules be our guide, Each meeting would start with a brief devotion and then we would account to each other how we had fared on doing no harm, doing good, and staying in love with God.

Instead of my previously held notion of accountability being harsh, I found among my group deep understanding and support. I found encouragement and direction. I found grace and unconditional love. I found the presence of Christ.

Our group had unity but not uniformity. We were on all ends of the theological spectrum. We had different notions about worship, differing views of scripture. Some of the most vigorous debates (a nice way to say arguments) I have ever engaged in were with my covenant brothers. But at the end, in the grace of God, we had each other and we were first responders for each other.

That particular group was impacted by United Methodist itineracy when I was told I would be appointed to a different church. Come July 1, I would no longer be a part of that covenant group. I went through a time of grieving that loss, wondering what on earth I was going to do without meeting with my six covenant brothers on a weekly basis.

It occurred to me when I arrived in my current appointment that I could not simply wait for a covenant group to magically plop itself into my lap. I would have to seek community. I asked around to see if there were any existing groups I could join and none were to be found. So again I picked up the phone and made a few calls and a new group was born.

It is very different than my previous group. We have both men and women in my current covenant group. We meet monthly rather than weekly. We eat together either before or after we meet. The advent of texting means we stay in frequent contact between meetings. And, most importantly, we laugh and play together.

Perhaps the most important benefit I receive from my covenant group is understanding. It is very hard for someone to understand the pastoral life if they have not lived it. Being encircled by understanding friends who have first-hand experience of what I am talking about and feeling reminds me that I am not alone.

If you are not part of a covenant group I encourage you to think about becoming part of one. Doing so has enriched my life and ministry and it could do so for you.

This is my covenant group experience. I wish I had begun this practice earlier in my ministry but I am glad that it is now such an important part of who I am as a human being, Christian disciple, and pastor.