The substance of commencement 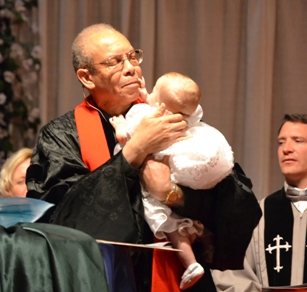 The 2014 Annual Conference reflected the substance of Commencement. Praise was conferred. New beginnings were initiated. And our faith was renewed.

A total of 30 pastors retired. To replace them, five persons were commissioned. And three were ordained as full members. Both groups have begun writing new chapters in their lives.

We praised members of IGRC who now residing in the church triumphant. They will be remembered. Later, we affirmed persons ministering to our neighbors in Liberia, China, Zimbabwe, Central America, etc. Our witness in mission will never be done.