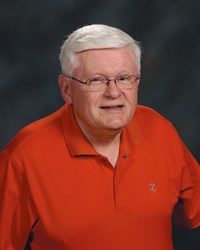 The Rev. Earl Renshaw is a retired IGRC clergy member living in Murphysboro.

A tribute to Jack and Patricia Collins

Jack Collins traveled to many countries as a world ambassador with other members of the Board of Global Ministries. For this ministry, many remember him with great appreciation. He also served a term as Conference Lay Leader in the former Southern Illinois Conference from 1977 to 1980.
They made regular trips to Guatemala. Why did they go? They visited mountain communities and ghettos to encourage the poor. Jack would work hard to make contact with the government leaders as an advocate for the poor. They purchased local handmade worship stoles from the Guatemalan villagers, brought them back to the United States and sold them to pastors. Twice the villagers were financially helped. Patricia and Jack gave dignity to the people. Some of my fellow pastors, with affection, called Jack “Tiki Jack, the Trader.”
Pat managed their nationwide network of selling stoles to pastors and churches. Every year after I left Murphysboro, when I went to Annual Conference, Patricia would have her booth in the hall of the Conference selling those colorful stoles. Wherever you go, and a pastor is wearing a robe, if the stole is multi-colored with an Hispanic flare, it’s probably part of the ministry of Patricia and Jack.
Blogs