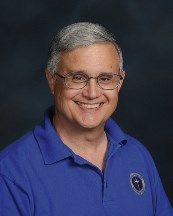 Rev. Robert “Bob” Phillips serves is a retired clergy member of the Illinois Great Rivers Conference. He is former Directing Pastor of Peoria First UMC and Main Street UMC in Alton, IL. Prior to that he served 28 years as an active duty chaplain, serving on aircraft carriers and amphibious ships, the Coast Guard Academy, Arlington Cemetery and several Marine Corps assignments, retiring as a Captain in 2005.

Ministry on 9-11: a 20th anniversary reflection

A retired Navy chaplain recalls the events of 9-11 and how those events shaped the response of those providing spiritual support to our military.

Words -- angry, smug or divisive -- don't honor God. Prayer, conversation, and the willingness to engage others with an empathy not inconsistent with personal conviction is the need of the hour for all 'sides.' Bringing people to Jesus remains the main thing. Remember that, church. And thank you for the privilege of serving as a delegate.

Tomorrow will settle aspects of the challenge but firmly settle nothing. Last year I wrote an article about how the General Conference WILL fail and CAN succeed. I  am no prophet but the words are bearing fruit. I said it would fail to settle-resolve-firmly decide the issue of sexuality. The GC could not, cannot do this in four days or 40 days. The GC could have plowed the ground toward a gracious and mutually affirming spiritual mitosis (cell division) similar to the creation of the Salvation Army birthed from the Methodist Church in England, among many examples.

Nothing is settled. I won’t speculate tonight on what might happen, for in 48 hours all will know.

Saturday of GC19 began (for me) with a breakfast reflecting more traditional delegates and churches. Roughly 500 were present, perhaps double the number one found at a similar breakfast in Portland. Rev. Jerry Kulah of Liberia gave a rousing mini-message that set a positive tone. The official day of the conference was dedicated largely to prayer, highlighting the various global regions of the church in addition to prayer for the upcoming business of the conference. The final 2 hours prior to 6:30 adjournment was a briefing for delegates on the logistics of voting and process, which begins in earnest after Sunday worship.

Yep, by the end of the conference no doubt media and others will report how 'the sausage was made,' and no doubt some antics will deserve mention. But I can say this. We will  have prayed over the sausage before we made it, while we made it, after we made it, and while we serve it.  Jesus is Lord.

‘Where's that?’: the burden of obscurity

How many books on successful ministry have you read recently by pastors of small churches or rural circuits who began and remained in that setting?  My hunch is that you can't do it.

I will offer a more complete assessment of GC after a few days of digesting all that was involved. On the last Sunday in May and on the first Wednesday evening in June I will offer information and talk-back sessions at the church (Peoria First UMC) on what happened, from my person non-infallible chair. And thank you for the prayers I sensed surrounding the proceedings, the planning, and all that was part of this raucous, blessed, contradictory, rip-shorting (and occasionally rip-snoring) event.  Jesus is Lord and while an individual church or collection of churches occasionally may not be in good hands, underneath always are the Everlasting Arms...

When sex is off the table

So what do the delegates do at General Conference when sex is off the table? With the grand bargain struck earlier in the week with the Council of Bishops to offer specific leadership on this issue, demonstrators went home, media attention has lagged...and the delegates sent to a General Conference that costs $1,890 per minute began getting other things done.

I offer these thoughts. (1) The conference asked the bishops to provide leadership on this issue. For the conference to ask for leadership one day and literally to reject it the next day would have been, well, odd. (2) All existing teaching of the church regarding human sexuality and morality remain intact. Over 50 petitions had been advanced seeking to modify the church's teaching; all of them failed in committee, so the outcome of this aspect of the bishop's offer was zero sum, or (to show off Latin) status quo ante bellum (status quo prior to the 'war'). (3) The same delegates for this GC would be at any other special GC held prior to 2020. I playfully suggested to some colleagues that US members should pay their own way to any special GC, since most of the votes for the added event came from them. I doubt there will be more demonstrations, since the GC action has eliminated any further need for debate or decision on this contested issue.

A day of elections, celebrations, demonstration

"Human anger does not work Divine righteousness," so says James 1:20. I dwell on the residual power of Pentecost(al) worship from our African brothers and sisters yesterday, and stories of courage and faith from all over the church. That is our mission. That is what matters most. That is what the denomination, and Peoria First, exist to do and are doing in many lives.

Lots of social and religious and secular media are focusing on the single issue of sex as though that is all that is happening, or the only thing that really matters. This wildly misses the point and the larger issues the conference is addressing on empowering training for clergy, making the path to leadership more rational, funneling resources to sources of life rather than dribbling them into dead end projects.

I joined others in Pentecost worship led by the combined African delegation. It was the most uplifting and Spirit-filled service I have known, all 2.5 hours of it (and those who know me realize that for me the Holy Spirit packs his bad, flips off the light and leaves the room promptly at 60 minutes). Not today...the Holy Spirit was on high octane and the singing, prayers, sermon and sense of connection was powerful. As to the time, one of the African bishops stood up at the end and apologized to the African members for such a short service! As he then gently said to the Anglo types in the room: You keep time but we make time. Oh yes.

The tedium of petition review

The greatest conflict today for most delegates was the struggle of staying awake amid the tedium of petition review. Tomorrow is Sunday, Pentecost, and the 1000+ delegates and observers will fan out for worship in various churches...except for those going the tourist route to see some local sites. Next week all will gather to sift, sort, discern and vote. Will bishops have term limits? Will the process toward ordination or alternative ways of serving Christ in the church streamline? Will a proposal to shift $20 million from general church coffers into new church starts and innovative outreach survive the moans and wails certain to sound over such an approach? Stay tuned, and you best can do so by dialing Jesus in your personal time of prayer.

Most of the day was spent by delegates in various committees sifting the hundreds of petitions that have come from individuals, churches, interest groups and whoever else. I have been impressed also (as a first and only timer at a GC) with the care taken to ensure all petitions are read, discussed and treated with seriousness and respect. If there is any dark conspiracy to game the system by stacking the deck in this or that committee with religious hacks, I have not seen it, and I am glad.

The nitty gritty of preparation

The boredom, a word somewhat unfair in this setting, arose from completing the nitty gritty of preparation; the election of team leaders and sub-team leaders, the introductions shared among the various delegates on the sundry teams. I sit with Higher Education and Ministry and will look at the largest number of petitions fielded b y any group, related to clergy and education issues. At my table of 11 were folks from Congo who only spoke French (merci beaucoup, madam translator), one who spoke only Swahili, one from Atlanta, two from Washington DC, and seated next to me a reasonably effective church planter from Leawood, Kansas. We traded stories and hopes for the global church and, thus prepared, await tomorrow.

Remember that this conference is not about whatever external news media says. It is about Jesus. I sense lots of delegates from all sorts of places share that conviction, that passion, that faith.

Focusing on the Main Thing

When folks who are jogging in upscale Nike shoes and folks who are sleeping nights in the park find a reason to care that United Methodists are gathering in Jesus' name and see the connection of the Jesus we proclaim with the lives they live (or endure), well, that is the main thing! Pray with me and for me that whatever else may happen, the main thing remain the main thing.

Humor is a valued friend and a devious enemy for pastors. The enemy factor comes in various forms. We are tempted to joke or roll around in levity when we are nervous or scared, as do all human beings. The problem is that on many occasions when nerves or fear are part of the equation, it is became those we are called to pastor are in hard places that are not funny. A quip or silly gesture may calm our nerves but at the price of empathy for those in pain.

It's Your Move: Surviving Pastoral Transitions

How does a pastor and family survive and thrive through the move cycle through the stresses and hassles of pulling up roots and planting fresh roots as strangers in a strange land? Good moves happen every day. There is no magic formula and no relocation version of the Four Spiritual Laws, i.e., nod here and sign there and you’re going to the Heaven of a stress-free move.

How Local Congregations Can Support Those in the Military

United Methodists have a rich tradition of honest, principled differences regarding issues of war and peace in our nation. What is gratifying is the unity in providing spiritual support for those who serve in the military and their families. Only one major military installation is located within the boundaries of our conference, but occasions to minister to those who serve are not diminished. How can our churches minister effectively and faithfully to those who serve, to their families, and to the United Methodist chaplains who are our presence in Christ to these young men and women? Every church in our conference, regardless of size, can make a difference. Here are some possibilities.
Blogs